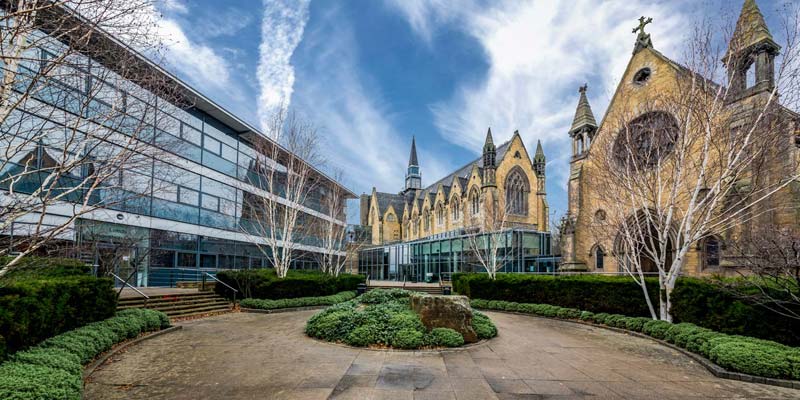 The experience and expertise of our IAB members reflect our international aspirations, our connectivity with private and public sector, and our desire to provide students with an inspiring and world class learning experience.

Board members volunteer their time to support Business School projects and initiatives.

The role of the International Advisory Board

IAB members have experience across industry sectors, international markets and functional disciplines. They are all passionate about management education and Leeds. Find out more about each of our International Advisory Board members and the organisations they are involved with.

Gaenor is Chair of the International Advisory Board

Most of her professional career was as a tax advisor with PwC, where she held a number of leadership roles. Having led the UK M&A tax practice from 2008 to 2011, she was appointed to the Executive Board of PwC UK in 2011 to be Head of People, with responsibilities for developing the firm’s People and Corporate Social Responsibility strategy. Alongside this role she was the Global Head of Learning and Development, responsible for the development strategy for the PwC network firms. From July 2016 to 31 December 2017 Gaenor was Head of Corporate Purpose at PwC UK, leading on PwC’s CSR agenda, where she led a particular focus on social mobility.

Paolo Boccardelli - Dean, Director of the Research Centre for Business Transformation and Professor of Management and Corporate Strategy at LUISS Business School in Rome

Paolo Boccardelli is the Dean, Director of the Research Centre for Business Transformation and Professor of Management and Corporate Strategy at LUISS Business School in Rome.

Paolo is an expert on development and implementation of quality standards in planning and implementation of organisational changes, leadership and organisation in higher education, university adaptation and change, international and comparative higher education, globalisation of higher education systems, and knowledge management. During his tenure as Dean, LUISS Business School has achieved the EQUIS accreditation and is going through AACSB. Furthermore, the School is now responsible for the Italian Chapter of PRME (United Nations Principles for Responsible Management Education).

Paolo sits on many advisory boards, steering groups and committees, both in Italy and further afield, including EFMD where he is a member of the EQUIS Committee and an Advisor of Quality Services and Processes to schools going through EQUIS accreditation for the first time.

Stephanie Burras is the Founder and Chief Executive of Ahead Partnership, a social enterprise that furthers social and economic wellbeing in Leeds and the surrounding region, by enabling the public, private and third sectors to work together in very practical ways.

A graduate in languages, Stephanie qualified as a commercial solicitor, starting out in the City before moving to Leeds and becoming a partner in the international law firm, Pinsent Masons. She dual-qualified as a lawyer in Germany in 2000 as well as a professional translator.

Stephanie left law in 2004 and set up Leeds Ahead as a new-start business and has since grown it to a team of 13. The team mobilises the voluntary resources of hundreds of different businesses and employers in the public and private sectors each year. Leeds Ahead acts as the vital link and catalyst to practical action, supporting business growth and new-starts, improving educational achievement, tackling the causes of economic inactivity and strengthening local neighbourhoods and communities.

Stephanie sits on the Leeds Initiative's Economy and Skills Partnership, the University of Leeds Enterprise Centre Board, the Board of Leeds Law Society and is a trustee at St George's Crypt, a Leeds-based charity that supports the homeless.

Jon Geldert – Director General of the Institute of Directors

Jonathan was appointed Director General of the Institute of Directors in October 2019. Prior to this Jonathan spent 30 years working in the professional services sector, most recently at Grant Thornton International Ltd responsible for the organisation’s interest in China and previously as a global board member responsible for the brand. Jonathan has a long-standing connection with the IoD, as Chair of IoD Yorkshire and North East region prior to his appointment as Director General. He is the author of three books on China and in addition to being a Fellow of the IoD he is also a Fellow of the Royal Geographical Society. He studied Geography and Archaeology at St. Andrews University specialising in underwater archaeology. Outside of work, his interests include hill walking and fell running. He was the navigator in a rally team for 20 years and following two years of training in extreme environments walked to the North Pole in 2016. He has completed other expeditions in Norway, the Canadian Arctic and the Everest region.

Mike is the Executive Chair of Mott Macdonald, an employee owned engineering, management and development consultancy operating in over 100 countries and with 17,000 employees. Mike is a Fellow of the Institution of Civil Engineers in the UK and has worked and lived in many countries.

In 2017 Mike was the Chair of the Association for Consultancy and Engineering, a year which he used to promote a more integrated infrastructure industry, digital delivery and diversity, the later building on his five-year journey promoting EDI initiatives in Mott MacDonald. In both 2017 and 2018 Mike was recognised by the Women's Business Council and Management Today by being voted one of 30 “Agents of Change” tackling gender inequality in the workplace.

After 20 fantastic years with Deloitte I retired as an equity tax partner on 31st May 2015. I had a strong desire to do things differently at this this time in my career and to embrace new challenges and opportunities. I am now building a portfolio around "in house" tax positions and NED roles.

I am the Director of Tax for Everton Football Club, a varied and part time role which I am thoroughly enjoying. In addition I am a NED with Kids Allowed, an award winning nursery group based in the north west as well as being the Vice Chair of Governors and Chair of the Finance and General Purposes Committee of Mid Cheshire College.

My professional and executive career was in providing strategic advice to businesses primarily regarding UK and international tax matters for their employees, investigations and transactions. I have led and grown dynamic teams and have extensive experience of dealing with diverse business challenges through disparate economic situations, and have gained extensive commercial perspective and insight.

Throughout my career I have worked extensively with inspirational and outstanding leaders, some of whom were colleagues and others clients, including entrepreneurs and FTSE 100 directors. My sector expertise includes, manufacturing, retail, pharmaceutical, telecoms, consumer, agriculture, education and healthcare.

In 2015 I was named by Cranfield School of Management as one of the "100 Women to Watch" and in 2016 participated in the Deloitte Women on Boards Programme.

I am the author of the book "Childcare Choices and Costs" which was published by Spiramus in May 2015.

Metka Tekavcic - Dean of the Faculty of Economics, University of Ljubljana

Professor Metka Tekavčič was named Dean of the Faculty of Economics, University of Ljubljana (FELU) in 2013. From 2001 to 2007 Professor Tekavčič was Vice-Dean at the FELU. From 1999 to 2001 she was also the Head of the Academic Unit of Management and Organization.

Her research interest lies in the fields of cost and performance management, as well as non-profit and especially education management. Professor Tekavčič has attended many international conferences, where she has presented papers from her research areas. She has published several research articles in Slovene, other European, and US peer-reviewed journals. She is a member of editorial boards in several prominent journals from her research field.

Professor Tekavčič is president of the FELU’s Senate and the Head of the Institute for Management and Organization. In 2014 she was awarded the Artemida award for Women's Excellence in Management.

From 1992 till 2013 she was a member of the City Council of Ljubljana, Slovenia. She has long been and remains a member of the supervisory boards of many important Slovenian companies and other institutions.

In 2016, the Dean Tekavčič was appointed as a member of the EQUIS Accreditation Board, run by European Foundation for Management Development (EFMD), the leading international network for management development.

Since 2017, Professor Tekavčič has also served as a member of the AACSB International - The Association to Advance Collegiate Schools of Business (AACSB) Initial Accreditation Committee and a member the and European Advisory Council (EAC).

In addition to her work, she is a vice-dean of Challenge:Future, a global youth a global think-DO-tank.

Joseph holds academic positions across the globe, including a visiting fellowship at the London School of Economics and Political Sciences and membership of the Duke Corporate Education Global Learning Resource Network, where he acts as a subject-matter expert for custom executive education programmes.

Before pursuing his successful academic career, Professor Pistrui had a 15 year career in sales and marketing management in the consumer products industry, mostly with Bristol-Myers Squibb in the US.