Maisie Aufderhorst-Roberts is a Postgraduate Researcher within the Centre for Employment Relations, Innovation and Change (CERIC). Her research examines the changing policy environment of the English and German apprenticeship systems and the effects of current reforms on firms and business. 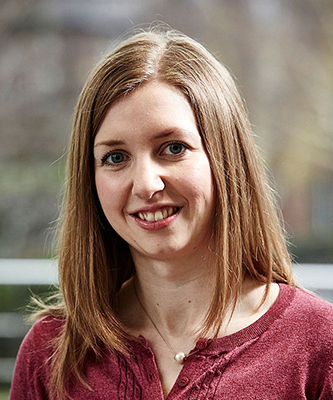 This week (6 to 10 March) isNational Apprenticeship Week. Now in its tenth year, it celebrates and raises the awareness of the impact that apprenticeships and traineeships have on individuals, businesses and the economy.

It’s an interesting time for apprenticeships, with the government setting itself the ambitious aim ofsecuring 3 million apprenticeships by 2020. At the same time, next month will see the implementation of theapprenticeship levy, a policy that has the potential to make a substantial impact but hasn’t been without opposition from firms. This will mean that any business with an annual pay bill of over £3 million will need to contribute 0.5% of this to the overall cost of apprenticeships.

After a period of recession, austerity and weak productivity figures, the move to increasing apprenticeship provision and participation might seem at first glance to be a wise and exciting move. The prospect of increasing the supply of apprenticeships could, in theory, bridge skills gaps, improve youth unemployment and increase the pool of intermediate skills much needed to boost our economy.

However, current developments in the English apprenticeship system including the levy, National Apprenticeship Week and the drive to increase apprenticeship participation do not paint the full picture of the reality of the system. A closer examination of the historical development of apprenticeship policy-making in England actually poses the question: Has anything really changed?

England’s apprenticeship system dates back to medieval times and was based on a model of time-serving. Apprentices typically worked under a master craft or trades man for up to seven years. More recently, since the 1980s the English apprenticeship system moved towards a more neo-liberal model in line with Thatcherism. The system’s embedded alliances with trade unions and industrial training boards disintegrated towards a system which was led purely by employers. Up to this point, a similar system to the apprenticeship levies had been in place, which were abandoned in favour of a more unregulated and voluntarist approach.

Technical and occupationally-led skills, craftsmanship and traditional timeserving obligations were replaced with a strategy for encouraging competency-led skills and reduced apprenticeship durations. Today an apprenticeship can be as little as one year long, which lies in stark contrast to the three to five year training period offered in the 1960s.

However, the period did offer a distinct change to the stereotypical male dominated image of apprenticeships, stuck purely in the industrial realm of the manufacturing and engineering industries. Apprenticeships were opened up to different industries, particularly the service sector, and likewise more women participated in apprenticeships.

So looking back, what is actually new? Well, a lot you might say. But since the reforms that brought about the deregulation of the English apprenticeship system in the 1980s the traditional notion of apprenticeship has changed to an entirely different character.

This system now mirrors the flexibility and freedom of the financial market, and hence the labour market. Employers now lead the design, implementation, management and regulation of the system. This is a significant challenge for just one stakeholder to take on alone. Indeed, employers are struggling to meet ambitious government targets to recruit the right candidates and to create good quality training programmes in time for the upcoming levy.

Furthermore, the current system makes apprentices vulnerable to being exploited for cheap labour. The current base pay for apprentices is £3.40, which reduces social mobility within the system. As a comparison, the national living wage currently stands at £7.20, making apprentices’ wages less than half of this.

So although current reforms and changes are a step in the right direction, the underlying ethos of an entirely employer-controlled system is clearly impeding progressive change in the system, and also faltering productivity in England. Delving beneath the shiny surface of the English apprenticeship system, clearly more work needs to be done to improve its institutional framework.

Policy-makers have frequently commented on the strength and superiority ofGermany’s apprenticeship systemas an example of good practice. Germany has a so-called “dual” system, which means that both firms and vocational schools provide highly structured training, typically lasting three years.

The system is regulated by a broad network of social partners, including trade unions, employer associations, chambers of commerce and the state. As a result apprenticeships typically lead to structured career routes with opportunities for progression and good pay.

Despite the praise the German system is frequently lauded with, it too is facing problems. Recent reports highlight the rising popularity of higher education, which is reducing the popularity of apprenticeships. Equally the increase of flexible and non-standard employment has led to speculation of an increase of employers adopting a short-term perspective on apprenticeships, leading to less high quality training and progression opportunities. Unions are also experiencing a decrease in prominence, leading to lower employment rights for apprentices and growing inequality in the system.

Reflecting on these changes, speculation could point to the notion that the English and the German systems are converging, with Germany becoming more like England and England becoming more like Germany. However, this perspective ignores the clear institutional differences between them.

Other theories, popularised by theVarieties of Capitalism literature, have argued that both countries are path dependent on their institutional environments, with England epitomising the temperament of a liberal market economy and Germany a coordinated economy. Again, this perspective is limiting as it views the two systems as stationary and fixed ideal types, in which countries follow a predetermined narrative that is pre-mapped out for them.

Hence in order to progress apprenticeship policy-making we need to adopt an institutional perspective, which delves beneath the exterior of both countries. Such an approach would not only acknowledge the clear institutional differences of England and Germany but also offer the potential to understand how different actors (such as firms, the state, unions, employer associations and chambers of commerce) in both countries are responding to increasing social, economic and political pressures and changes.