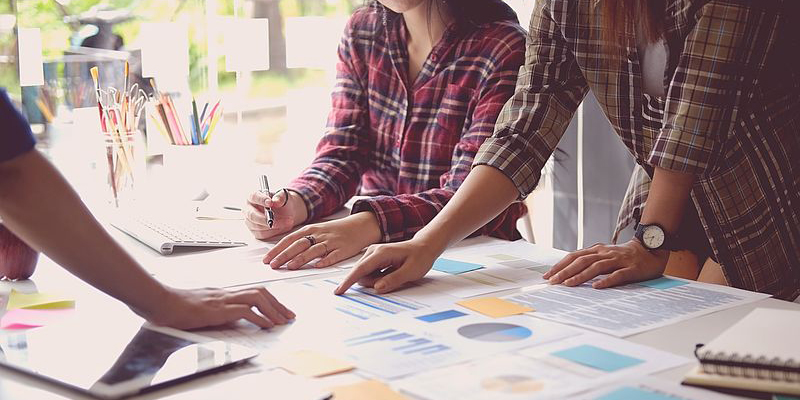 We live in a society that is recognising the prevalence and costs caused by gender inequality and a lack of diversity. The value of diversity in disciplines is large, contributing to better academic discourse, better trained professional economists and a more welcoming discipline. Economics is marked by the lack of diversity across many facets, such as ethnicity, socioeconomic status, and gender. This project looks specifically at the lack of women within UK economics, in the hope of contributing to the increased diversity of the discipline and profession.

According to recent data from the Royal Economics Society (RES), female economists in the United Kingdom are underrepresented in academia, as they account for 32% of undergraduate students, 33% of lecturers and only 15% of professors (Bateman et al., 2021). Not only do these figures matter as an important indicator of the poor diversity in the discipline, but they also stress the lack of interest of young women in economics, which undermines the potential for future diversity.

One of the causes of gender imbalance in this field lies in the lower number of female applicants received by universities every year, which is then reflected in the dominant presence of men at the different academic levels across the discipline; taught students, postgraduate research students or academic staff – each of those echoes that picture.

While there is plenty of research to understand gender imbalance issues in the field of science, technology, engineering and mathematics (STEM disciplines), exploration of this issue within economics has been more limited. The Royal Economic Society has drawn attention to the issue and completed significant work in the area, and other research has started to explore the low number of women in Economics (Crawford et al., 2018, Gamage et al., 2020), but the area is still relatively unexplored. To contribute to this growing area of interest, and build on work exploring why people study economics (Mearman et al., 2014), this project looks specifically at the gender diversity of economics to understand the factors that discourage young female undergraduate students to choose economics as a profession.

Taught students represent the future of economics. The lack of diversity in the cohort of those first entering and exploring the discipline certainly undermines the potential to change gender diversity in the field of economics. This project aims to explore the reasons not only why only a few young women are motivated to study economics but we are particularly interested in why many of them are not, and to use that research to inform outreach activities to support young women into studying economics.

To investigate these research questions, our research embraces a mixed-method study that will be conducted in four different parts: