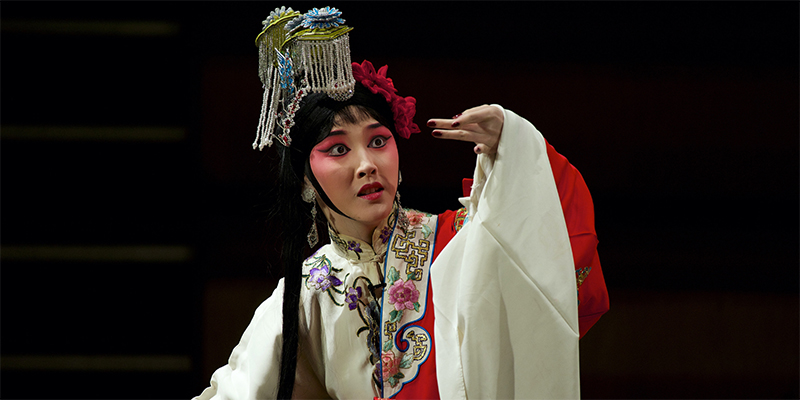 BCI teacher Xunnan Li will provide an introduction to Chinese Traditional Theatre (Xiqu ”戏曲”). How does it compare to Western forms of theatre and what can it tell us about contemporary China?

Drawing from his PhD research and industry experience, Xunnan’s talk will increase your understanding of this ancient art form, draw comparisons with Western theatre and share his observations from promoting Chinese Traditional Theatre to a global audience.

More about the speaker

Xunnan Li is a scholar, educator, curator, and Chinese/English translator whose works focus on the global acting methodology and the politics of contemporary performance of Chinese Traditional Theatre.

He has worked as a visiting lecturer of Traditional Chinese Theatre and Globalisation Theories in both the UK and China, including Central School of Speech and Drama (UK), Royal Holloway University of London (UK), and National Academy of Chinese Theatre Arts.

This photo by Malcolm I. Johnson (malcijphotography.co.uk) was taken in 2015 at a performance of ‘Shakespeare through Chinese Eyes’ by Shanghai Theatre Academy in Leeds.