Dr Isla Kapasi is an early career researcher in the field of entrepreneurship. She has recently been awarded a British Academy/Leverhulme Small Research Grant to investigate entrepreneurial motivations in a context of poverty entrepreneurship. 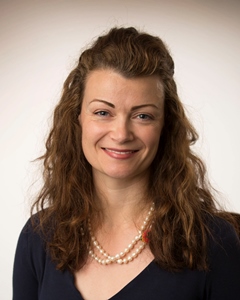 Some existing research has examined self-employment as a context of poverty in Scotland – in other words, business creation and ownership is not providing an income above the poverty line. However it has not considered why individuals engage in self-employment in the first place. Consequently, an understanding of why self-employed individuals do not create and operate a business that can financially support them to an appropriate level is required.

Motivations for entrepreneurial behaviour are underpinned by three antecedents: attitudes, social norms (i.e. what other people important to you think about self-employment) and perceived behavioural control (i.e. the perception that an individual has the ability to perform the desired action; in this case self-employment).

Consequently, the current rhetoric around entrepreneurial/self-employed activity as a route to financial reward, and arguably out of poverty, is a strong message that may be informing attitudes, social norms and subsequent business creation behaviour. However, it is unclear what other mitigating contextual factors may influence a positive financial outcome from engaging in business creation and operation activity.

For example, research has identified links between human capital (e.g. an individual’s skills, knowledge and experience) and financial growth in business but how this informs and affects motivations is less well known. Thus, although an individual may believe that a business will provide them with financial reward, and possibly a route out of poverty, this may not be a feasible option if they lack relevant human capital.

Moreover, existing motivations research might suggest that if individuals have the ‘correct’ motivations then business financial performance and general contribution to the economy could be achieved. Indeed this is often found in Government reports.

Nevertheless, Scottish research has indicated that many self-employed business owners continue to operate in poverty. Therefore, a key question remains as to why this is occurring. Given that there are many policies and initiatives to support new venture creation and development, this is a puzzling situation.

This research seeks to better understand the nuance of new business creation motivations in those self-employed business owners who are operating in a context of poverty. The research will be conducted in Scotland because, despite a cornerstone of Scottish Government policy being to tackle income inequality, many Scottish business owners remain in a state of poverty. In fact this is a situation that is getting worse.

There are three stages to this research project:

This 12 month research project, which started in June 2017, will be carried out in collaboration with Professor Laura Galloway at Heriot-Watt University, Edinburgh.

As a result of this study, findings will inform policy development which reflects the complexity of motivations and new business creation. This study could improve awareness of the multi-factorial aspects that influence the development of a business and could contribute to more valuable self-employment in the Scottish economy and beyond.

Poverty entrepreneurship is likely to affect many of the one in five people who live in poverty in Scotland. This research will provide an initial step towards potentially relieving the strain of this on both individual and state.