Sherif Youssef is a postgraduate researcher at the Centre for Enterprise and Entrepreneurship Studies at Leeds University Business School and the Bauman Institute. Sherif is an Organizational Theorist with a background in marketing and public policy. His research focuses on hybrid organisations such as social enterprises in the emerging markets, which aims to address societal challenges while creating some financial revenues. He has a broader research interest looking at the economics of innovation, patient finance and economic growth. The ‘left-behind’ English towns have long suffered from a significant lack of funding for start-ups and scale-ups and, more importantly, a lack of key infrastructure investment that can improve the connectivity of the region and attract different investors. According to recent reports, it is clear that there is a geographic bias in the UK whereby the majority of public and private capital is concentrated heavily in the city of London and the south-west of England (the golden triangle), not to mention the lack of dedicated venture capitalist funds for women and Black, Asian and Minority Ethnic (BAME) business start-ups. 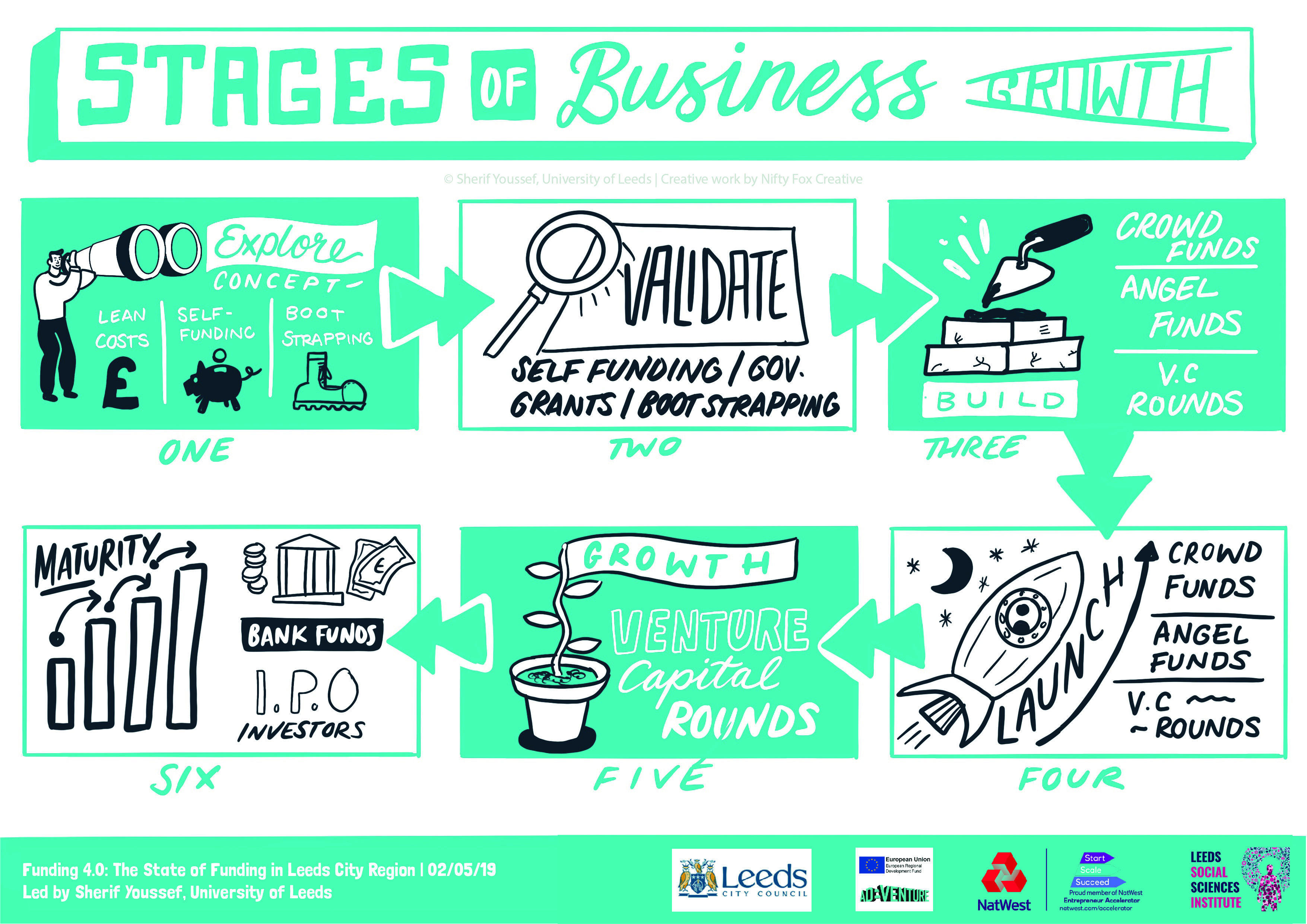 The skewed nature of the allocation of capital has created a fundamental challenge for start-ups and scale-ups in the Leeds City Region and is currently hindering entrepreneurs in their endeavours to achieve the desired business growth for their firms; as a result, the level of productivity within the north of England has decreased. In order to steer the academic and public discourse to address this challenge, I organised a workshop in May 2019 with the key objective of mapping out the funding available for start-ups and scale-ups in the Leeds City Region and to critically explore what is missing in this landscape. The structure of the workshop was co-created with leading practitioners in the region in order to achieve this objective. As a result, the framework of this workshop was designed around mapping exercises and group discussions with the aim of generating a coherent visual map for the funding and support institutions that could assist start-up and scale-up businesses in the Leeds City Region. 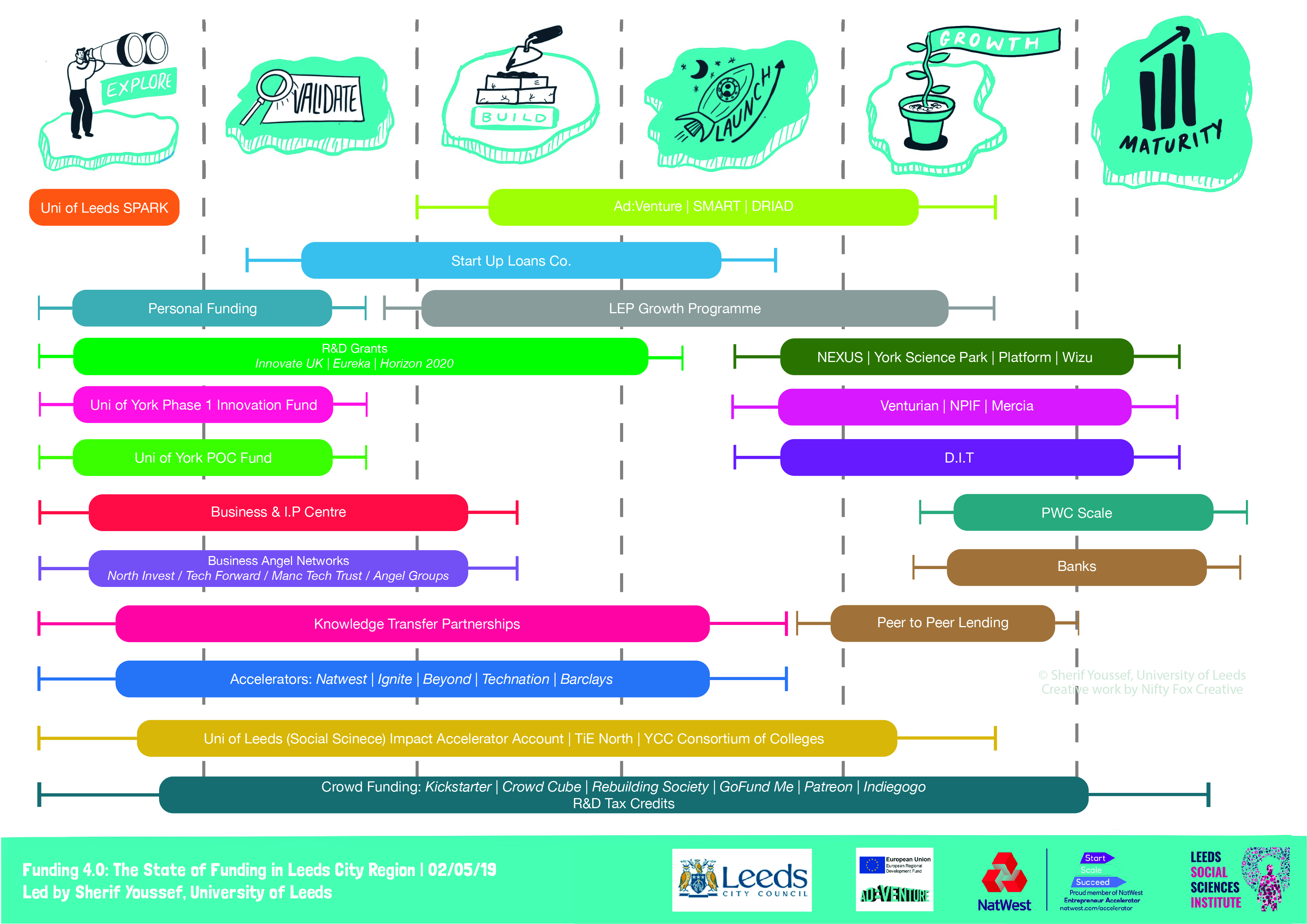 The workshop was supported by key institutions in the Leeds City Region such as: Leeds City Council; Leeds Social Science Institute (LSSI) as part of the ESRC IAA DTP Business Boost Project; NatWest Entrepreneurship Accelerator; Ad:venture Leeds City Region Programme. The workshop attracted around 30 participants representing the investment community, local entrepreneurs, civil servants and academics. The workshop discussions revolved around the available funding options for SMEs at different stages, and explored what was lacking within the funding landscape in the Leeds City Region. What became clear from the discussions was that there was a lack of a strong ‘angel investor’ network, as well as of an available crowd funding platform dedicated to supporting start-up funding and rigorous financial education for start-up and scale-up businesses to enable them to navigate the unfamiliar terrain of the funding landscape. 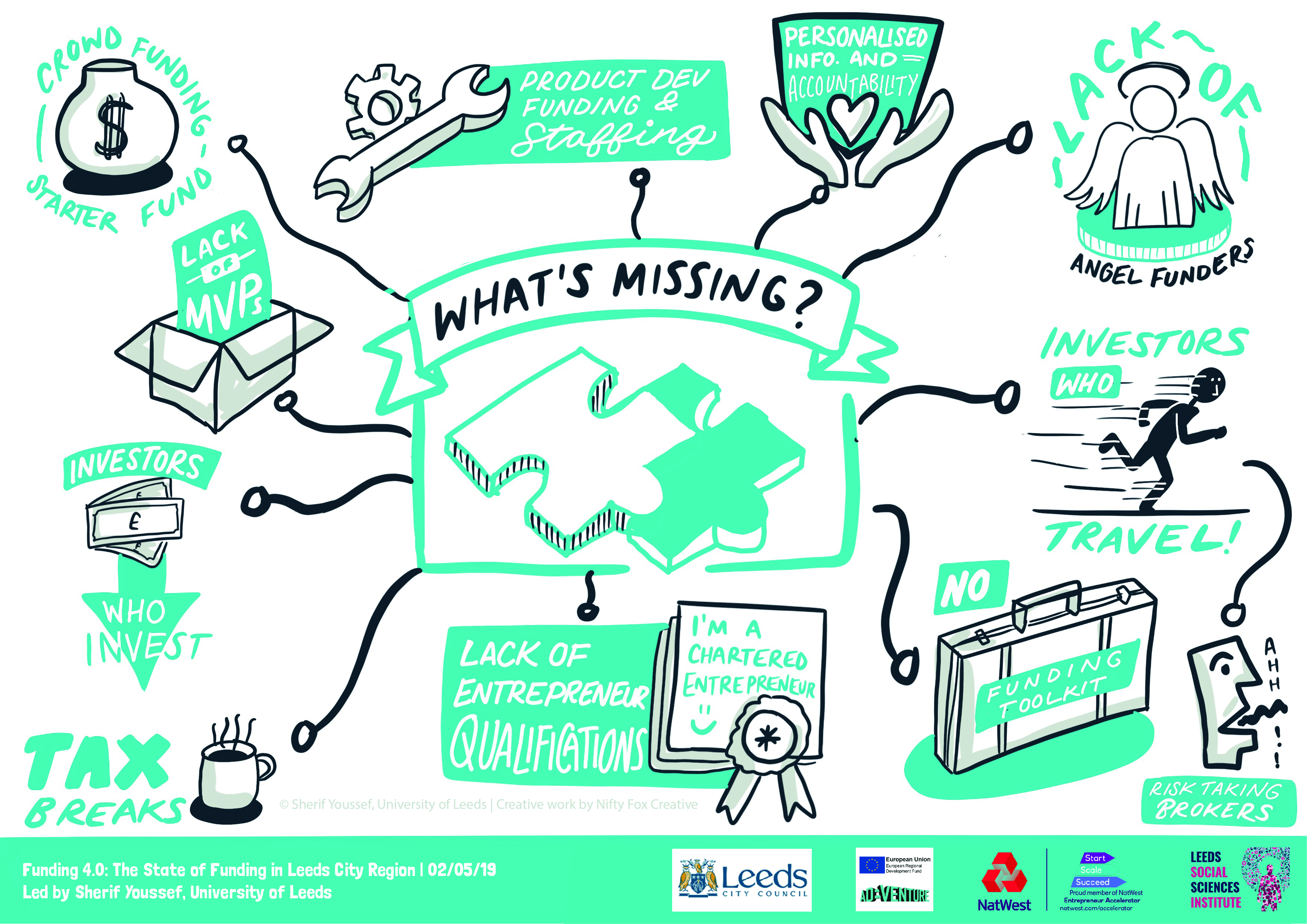 This workshop opened a new avenue for serious academic research to engage in a critical exploration of the funding landscape in the Leeds City Region and for finding ways to create tactical interventions to address this challenge in order to boost much needed productivity for SMEs.

Looking more generally at the UK, the private sector investment alone will not spark an economic revival in the left-behind English towns, even in the event of decreasing business taxes. The importance of having a collaborative and dynamic partnership between the public and the private sector is a matter of urgency in order to address grand challenges facing the local community.

This is vital as there has been an insurgence of far-right political parties fueled by profound political disenchantment with Westminster’s political elite. This driving force emerged amid postponing the date of the departure from the European Union and not addressing the crux of the Brexit result, which was shaped around immigration concerns and economic deprivation in the left-behind English towns.

Find out more about Sherif’s research by reading his previous blog posts.