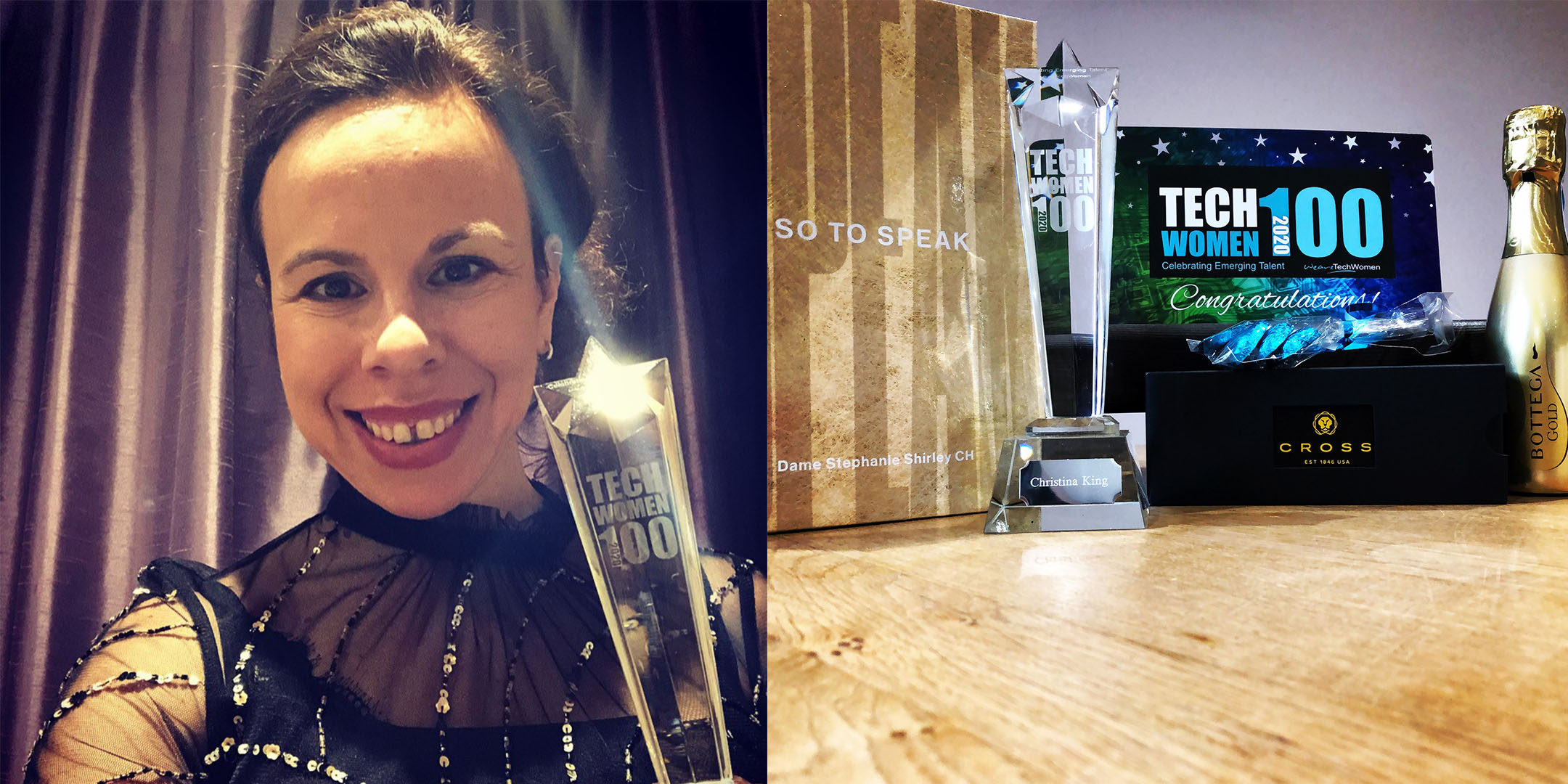 Congratulations to Christina King (MBA 2005) who has been named one of the TechWomen 100 Award winners for 2020. The awards recognise remarkable women from within the technology sector.

Following a degree in Mechanical Engineering, Christina developed change management skills in the defence manufacturing sector and then went on to build and test Challenger 2 main battle tanks. She sold her sports car to pay for her MBA where she became one of the early leaders of the Women in Management group at the Business School.

Following her MBA, she  continued to build her career in the tech sector, including projects for the Carbon Trust and sport technologies at Sheffield Hallam University. She later became part of the team on the Channel 4 TV programme ‘Speed with Guy Martin’ breaking a world speed record!

In her spare time Christina volunteers as a STEM ambassador for STEMNET, helping to inspire young people in Science, Technology, Engineering and Mathematics.

Christina says “I was delighted to win the Tech Women 100 Award and in such great company of other inspiring women! It’s fantastic to get recognition in the tech sector and to inspire young girls by showcasing the diversity of roles that are available.

My Mechanical Engineering degree coupled with my MBA provided me with the right tools with which to build a great career in the technology and innovation sector.”

Christina was also Shortlisted for STEM Leader FL Awards in the Yorkshire, North East & Scotland region, 2019 and named as one of the Top 50 Women in Engineering on Twitter 2016, Daily Telegraph. You can connect with her on Twitter @ChristinaEKing or on LinkedIn.