You might wonder “what does a day conducting research look like?” Some days I write articles and perform statistical analyses or computer simulations behind my desk. Other days I go out of my office to perform field experiments or give a lecture. I also travel regularly for my research, attending conferences and events to present my research findings and network with other researchers in my field.

In this blog post I would like to share a specific day when I visited the People Movement and Management Show in London, in March 2019. I went to this event to:

As you’ll see, I tweeted throughout the day about what I was getting up to at the show. I hope reading this blog post about my experience will give you an insight into how networking and attending presentations at events can benefit your research.

Every time I go to a conference or event I am always excited. Who will I meet? What will I learn? I love to meet new people and travel for work. Also, I visited this event the year before and have good memories of all the connections I made there and how they have helped my research. 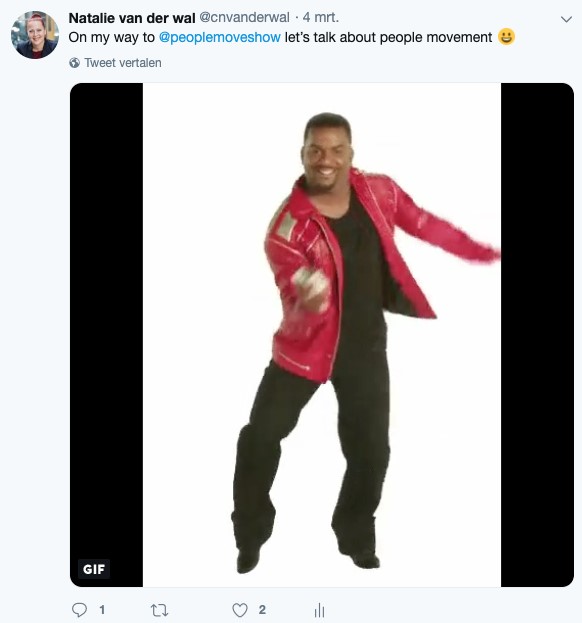 Meeting my advisory board members

At this event I connected with two of my advisory board members: Angelika Kneidl from Accu:rate and Paul Townsend from Crowd Dynamics. I am currently a Marie Sklodowska-Curie Fellow and have an advisory board that helps steer my research and connects me with practitioners in order for my research results to be directly translatable to practice.

In my project I aim to improve emergency evacuations with the insights from psychology, risk communication and computer science. With Angelika Kneidl, I discussed our ideas to use her company’s crowd:it software to simulate an evacuation in a building as part of a field experiment

Since the event in March, we have both also joined a group of researchers and practitioners to write an EU project proposal on technologies for first responders. Hopefully we will continue working together in the future.

Paul Townsend and I discussed my current progress and he advised me how to take a step-wise approach in doing computer simulations determining the effectiveness of emergency communications and choices for computer software. We also discussed the research projects that he is involved in. We met since, this time at the University of Leeds where I introduced him to a colleague from Computer Science to discuss possible future collaborations and writing project proposals.

I listened to many talks at the event to stay up-to-date with progress in the field. Here is a summary of some of the presentations I went to and the things I found out about:

Ben Cowcill is a former police officer and now works at Manchester Metropolitan University, teaching research crowd science. In his presentation he gave examples of the inaccurate language the media uses to describe crowds (such as “panic”) and then showed what real crowds look like and how to measure crowd densities. He showed the audience how to use Google Earth Pro to measure crowd densities and use a colour-system (green - amber - red) to tell the crowd if the current situation is safe or not. (Unsafe, for example, being too congested.) He also explained that event planning should involve analysis of the route, area, movements and people. This is called RAMP analysis.

I was also interested in the talk from Dr Roland Geraerts, Utrecht University. He presented on UCrowds. UCrowds is a software engine that can simulate large crowds. I met Roland before at an event in Leiden and am impressed with how his software is based on scientific research at Utrecht University. I learned that he has worked together with safety managers at train stations and airports in the Netherlands and I continue to follow his work.

I saw a presentation by Professor John Drury, University of Sussex, also mentioning the use of inaccurate language in the media to describe crowd behaviour (‘panic’, contagion’). I also enjoyed the presentation from Acorel, a company that specialises in automatic people counting systems for the retail and transport sector, on tracking people movements at airports, and learned what type of sensors can be used to do this anonymously and what the important research questions are for airports and shops.

Other networking activities included meeting with Alastair Shipman and Dr Steve Gwynne. Angelika Kneidl actually introduced me to Alastair at this very same event a year before. He is doing his PhD at Imperial College London and is investigating creating agent-based models and a dataset for people interactions and movement patterns in terroristic attacks.

We have stayed in contact since our first meeting and planned to meet at this event so Alastair could show me his data from an experiment measuring social interactions, physiological reactions and movement patterns in response to a hostile aggressor. We were discussing if we could use his data and my evacuation decision-making model to do some validation tests or come up with a new model describing his data. Since the event, we have had a few more meetings to discuss this further and have decided to use the crowd:it software from Accu:rate and see if we can implement new behavioural rules to represent his data.

Dr Steve Gwynne, from Movement Strategies, and I had a good discussion, updating each other on our research progresses. I met Steve at a really interesting workshop in Utrecht, The Netherlands, last year called ‘The physics and psychology of crowds’. Through that workshop he invited me to join a group of researchers in a project called NEED (Networking Activities for Enhanced Evacuation Drills). We are working together to create a roadmap for the next ten years of research on evidence-based evacuation drills. We have also worked on writing articles together. Steve has introduced me to people from his network and I hope we can keep working together in the future. 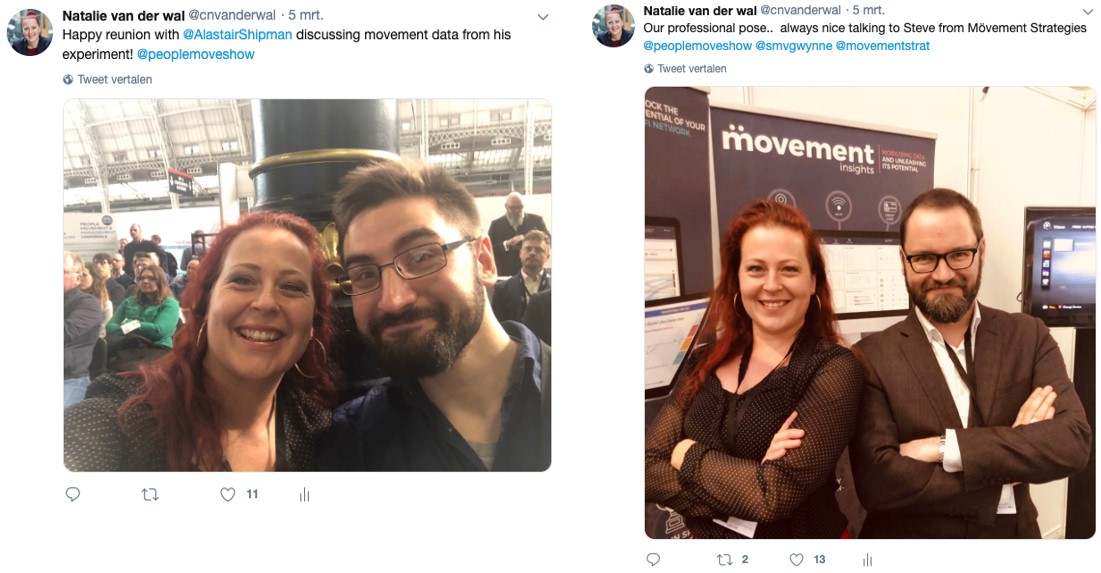 What’s next?
Keep an eye out for me on Twitter @cnvanderwal. I will tweet updates during the next conference I attend which will be the SPUDM (Subjective Probability, Utility, and Decision Making) conference in Amsterdam from 18-22 August.

I will be presenting my video analysis research findings on determining the relations between human behaviour and emergency communications during different types of evacuations. I am also looking forward to meeting researchers in the field of decision science, which is related to what I do, but I have not previously had the chance to network with researchers in this field. I’m glad I will have the opportunity to do so at the conference.

There is so much to be gained if you use your time wisely at a research event. Whether it’s learning new things, making new connections or talking through ideas, attending conferences can help you develop as a researcher.

Learning about evacuations and crowds at the Be Curious festival